He’s been with Demi for ages, and aren’t they marriedeven? Yet Ashton Kutcher only now decided to put his one time bachelor pad on the market. Maybe they used it as their pied-a-terre away from lovely Idaho where Demi bought a ranch after her divorce from Bruce. Whatever the reason; I have pictures.

Way back when Ashton was in That 70’s show he put down $1,690,000 on a Tudor style manse in, where else, Beverly Hills. The size a modest 4000+ square feet. It is here where the Bush sisters Jenna and Anna or Emma or the other one at least were caught blazin’ up a doobey which caused a bit of a stir Washington side.

The house has 6 bedrooms and 6,5 bathrooms, which I feel is quite a lot for a single guy in his twenties. Also, it actually looks like someone was not sure to go for Mountain resort chic, Knights in armour fancy, English tudor, or Early 60’s housing associations-esque. I mean, I am just not sure about the brown tiles in the stairway…. 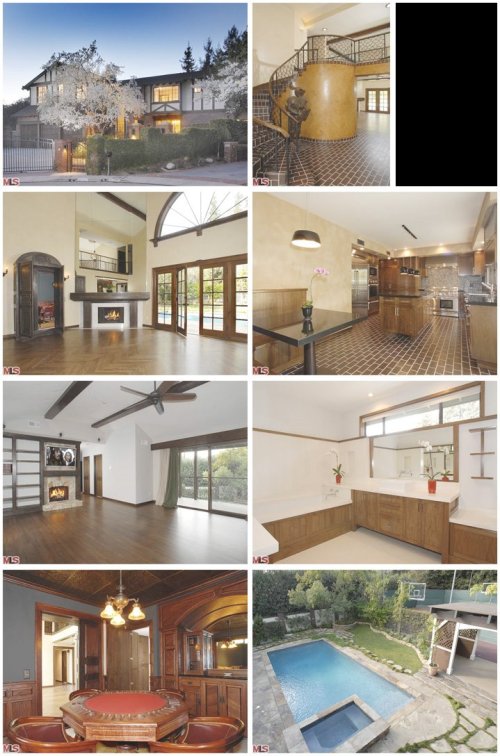 surprisingly modest for such a sought after zip

This entry was posted in Homes of the rich and famous, See how others live and tagged Ashton Kutcher, Beverly Hills, Demo Moore, tudor. Bookmark the permalink.