A railway depot turned into a lovely home

I love this house that Elle Decor featured on their website recently. Jeweler Federico de Vera revamped an abandoned railway station into this marvelous and very stylish home. Read the rest of the story here.

Mind you; it’s his weekend home. It inspires me to rethink my plans for our cottage. It’s lovely as it is, but can do with a bit of a spruce up. It’s still a bit too cluttered and I am not sure I can still fool myself into thinking the faux-wood paneling has a Mad Men feel to it. Maybe a lick of white paint on the wall for a start…

our cottage. I was thinking white for the walls and a darker colour for the window panes

And maybe a slate grey for the outside with white for the window panes and doors. And a red and white scheme for the shutters….

Posted in Share your house with us, Unusual homes

Loyal Homevoyeurs aficionado Arjan took an apartment journey too. The day after I posted about my own, he took up the challenge and captured bits and pieces of his own home. Arjan doesn’t have an iPhone, therefore also doesn’t have the Hipstamatic app so the pictures are crystal clear. Maybe a bit too calculated too as the objects pictured are all high-end design pieces. The purpose was to find beauty in the unusual, the accidental or the overlooked, but the result is striking nonetheless.  The marble table pictures in the forefront of the image with the red Arne Jacobson Egg chair is a  rare Porsgrunn Poul Kjaerholm PK61 table. More about that in a later post! 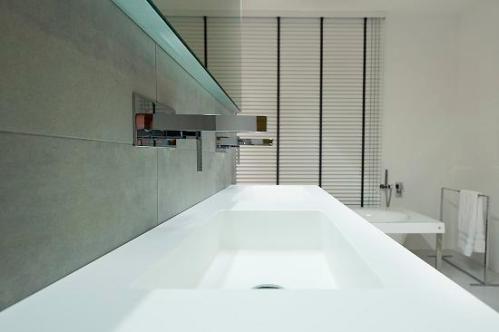 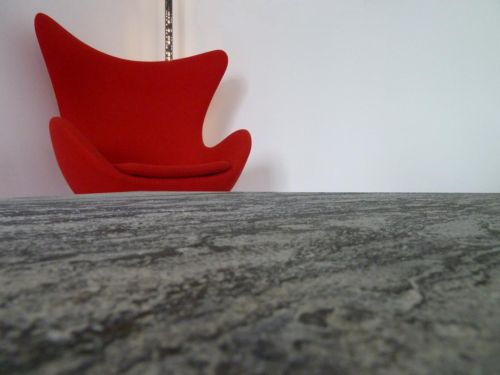 If you are inspired by Arjan’s home, you might like this book about Arne Jacobson. It’s on sale now for $29,70 in the Homevoyeurs webshop.

Room 606: The Sas House and the Work of Arne Jacobson

Posted in Design, designers and online finds, General living and fun stuff, See how others live, Share your house with us

A little red flower I found right outside my door. It must have blown away from the planters outside my neighbours kitchen window. I put it in a small vintage vase. It makes me smile.

Posted in General living and fun stuff, Share your house with us

I took an Apartment Journey

My personal heroes at Apartment Therapy shared some wonderful photographs taken by a guy in his apartment. He was forced to spend some time at home due to a sprained ankle which was a break from his otherwise hectic working life. He started playing with his Hipstamatic app on his iPhone. The result was an amazing series of pictures of his home. “I started looking for unique angles, small vignettes arranged by my girlfriend, or gathered in their own organic way (messes). I looked for textures and viewpoints that I miss in my daily busyness. I even caught a couple of cat naps that I rarely see when working late hours.”

The pictures made him look at his place with different eyes. Only after seeing these images he realized the uniqueness of it. He saw things he never noticed or never appreciated up to then. Apartment Therapy recommends trying this yourself. They say “This is such a great exercise on multiple levels – it adds to your emotional connection to your home and creates an opportunity for design improvements. Taking a step back and seeing your home’s objects, arrangements, colors and textures through photos allows you to evaluate and appreciate them in a different way, opening up the door for both change and acceptance.”

So I did. I didn’t use the same lens as I believe that is one of the ones you pay extra for but I still like the result, a lot. And it works. I see my place through the eyes of a first time visitor now. It’s great! I had to force myself not to look as a photographer or as a designer but just look for unusual angles, shapes, forms or items I would otherwise not have captured. A lot of the pictures didn’t work at all, but quite a few came out pretty nice if I say so myself.

If you feel like sharing pics of your own apartment journey please do. But also please share them with the guys at Apartment Therapy as they inspired me in the first place. They always do. 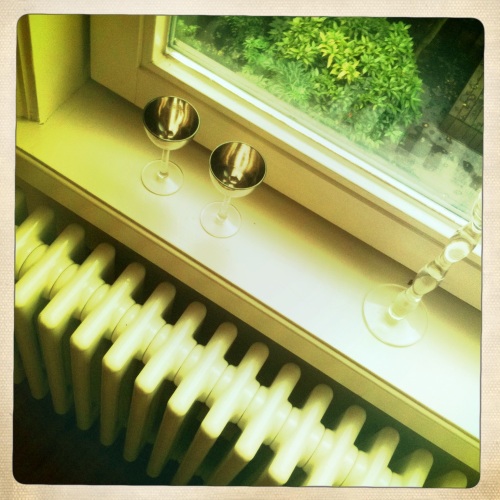 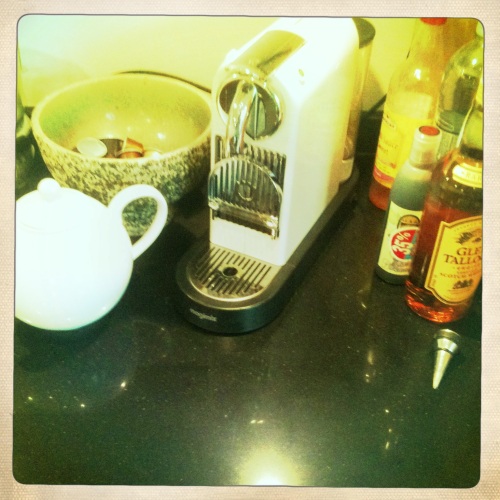 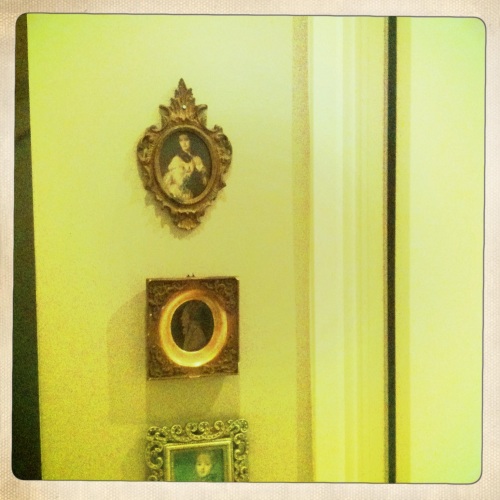 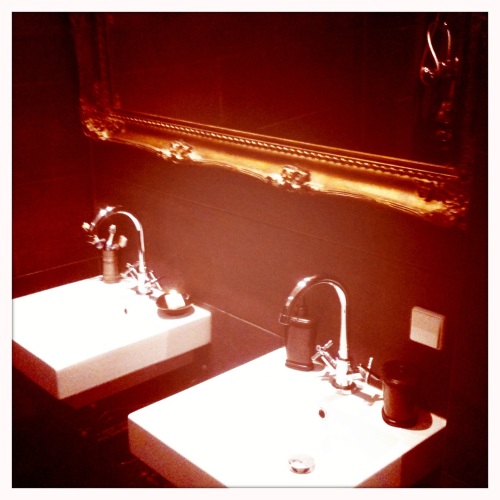 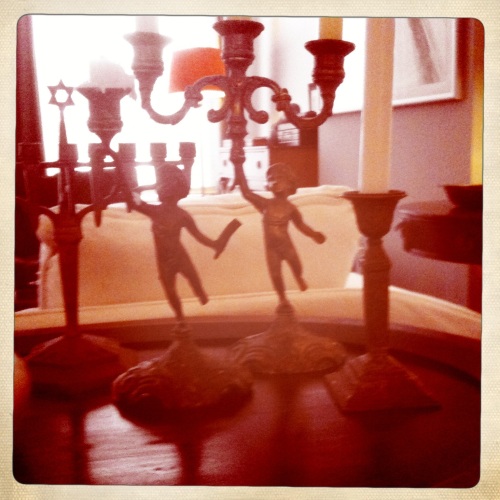 Posted in General living and fun stuff, See how others live, Share your house with us

In keep with the Dutch blog Foutehuizen.nl, who were featured in an earlier post here, I thought it would be fun to post a few more pictures taken by realtors that need to be sacked; today.

Realtor rake in hefty bucks on the buying and selling of homes of others. For this they are supposed to advice you on how to best buy and sell a home. In my humble opinion, selling a home starts with an attractive presentation. Yet it is shocking to see how often realtors seem to be blindfolded when they take pictures of properties they are about to put on the market.

A recent example I stumbled upon.

A nice enough home in a leafy suburb of Amsterdam. Nice sized rooms, big kitchen, back yard bordering a park, it has a lot going for it. Yet this is the picture they decide to use as the main image to present it. A picture my dog could have taken! This is the first impression they want people to have? A weird angle of a cluttered kitchen with cloths hanging in clear view? Bizarre. Especially considering that the realtor in this example usually takes better care. Maybe a momentary lapse of sanity, let’s call it that.

Can you find other examples where the realtor needs to be sacked? Let me know!

Posted in General living and fun stuff, See how others live, Share your house with us

Are you proud of your house? Or maybe you actually need tips to turn your house into something to be proud off? Either way; submit your home for the ‘share your house with us’ section here at Homevoyeurs!

Send us a few pictures, preferably of decent quality, along with a short story about your home and we might be showcasing it here. 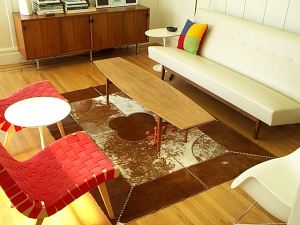 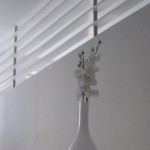 His friends didn’t see it, but Ronald himself knew the apartment he was going to rent would be a haven of well designed tranquility. The 22-year-old interior designer to be saw through the silver window frames, the stained red carpeting and the yellow walls and recognized the huge potential. He saw huge windows, a clever lay-out, and a very central location in the Southern Dutch town of Oss. He signed the lease and started making plans.

The same friends that were less thrilled about the place in the beginning, proved to be of great help. Together they stripped the walls, tore out the carpets and revamped the flat to what it is today. Ronald: “I knew immediately that I wanted light walls and a dark floor. This adds the sense of space and gives an instant chic appearance. By painting the toe-boards in a light colour, in this case the same white as the ceiling, one avoids the floor being like a box”.

The dividing wall between the main room and the bedroom needed something special. Ronald wanted to keep as much light coming through into either room as possible. “A friend and I started thinking up ideas. One was having the wall rotate with a TV in it. Or maybe lowering the wall to where it would just be a partition, we thought of many things”. The final outcome is a very clever lower wall with wooden blinds fixed on galvanised steel pillars. “The pillars are actually curtain rails. It was a tough job creating this as the rails had to go through the wall to be able to support the wooden blinds. I am very pleased with the result”, adds Ronald.

The window frames and the ceiling were painted a bright white to contrast the subtle grey on the walls. For the floor Ronald was hoping to put in a concrete floor in a darker anthracite grey. But the existing floor proved to be a bit of a problem. Ronald: “We needed to level it and sand it down to be able to put the floor in. In the end I opted for a marmoleum (vynil) floor”. 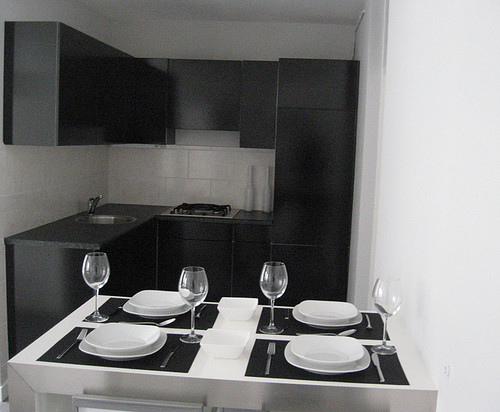 The kitchen cupboards are covered in black adhesive foil.

The Kitchen was in perfect condition and the lay-out was great too. It would have been a shame to rip it out. Especially considering this a rental flat. But the veneer with faux-wood print had to go. “My father in law had experience in covering up kitchen units and cupboards with an adhesive foil. I wanted a black kitchen, so covered the doors with black foil. The worktop looks really good with it, so that stayed”.

Instead of a regular dining set, Ronald chose to put in a high breakfast bar with four stools. It separates the kitchen from the main room and when not used as a table makes for extra worktop space.

Details throughout the flat

Ronald is aspiring a career in interior design. Homevoyeurs thinks he has what it takes!

Inspired? The Homevoyeurs webshop sells many books about how to decorate small spaces. A great example is Studio Apartments: big ideas for smaller spaces by By James Grayson Trulove. You can order it here. 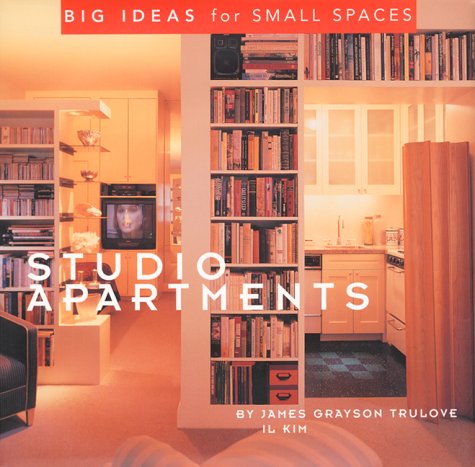 Posted in See how others live, Share your house with us