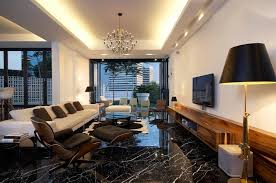 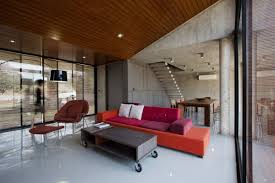 A last post before I leave for a well deserved trip to Tuscany!

Our bathroom is showing some serious wear and tear. It’s a shame really because it’s not that old. It was installed and tiled in 2007, and looked good for about ten minutes before the tiles started fading. They are big grey slate tiles, and to be honest; I am a bit fed up with those anyway. They were a bit too much of a trend so you now see them in all renovations done between 2006 and 2010. Time for a re-tile it is.

Current bathroom tiles. They look great on the wall, it’s the floor where the problems start

You can see the faded tiles in the shower. They tick me off each day and it’s just not worth it.

We are leaving the grey slate on the walls, and I am thinking of treating them with an oil finish to make them stand out. For the floor I am either thinking black and white, or just white. Either way, a smaller tile as I think the contrast with the bigger grey slate will look great. Have a look at some of the pictures I collected on my pinterest moodboard. I looked for pictures with a distinct darker colour on the walls to highlight the contrast between the floor and walls.

Love this. It obviously means I’ll have to infuse my bathroom with a few more brocante or antique-ish items, but I guess I could give our bathroom a similar feel. Painting the bathroom rack black or dark grey/blue is a start. Maybe add a small chair?

A clean look, with small white tiles. They are not expensive either. I’d make the seams between the tiles a bit thicker to really show the contrast. And I’d make them dark. This because it would look better, but also because white seams are a nightmare to keep clean

Love this too. Small round tiles, the so-called ‘penny rounds’, found in many American bathrooms from 1940’s and 1950’s. I love how they instantly give character to a bathroom

I also thought of maybe going for a more elaborate floor with a massive contrast effect. But as we are thinking of maybe putting up the house for sale next year, this might not be too great an idea…..

Just look at the floor in this one as the rest is a bit tacky. I do have a thing for marble though….. I bet this would look great with the rugged, dark slate…. But I am dreading even thinking of the final invoice….

What do you reckon I should do?

Posted in General living and fun stuff, See how others live

This wonderful chair looks anything but comfortable. But it is! Designers  Maurizio Galante and Tal Lancman used 100% silk for the outer material of the chair, and applying it over a polyurethane foam structure. This created the illusion of it being carved from a single piece of marble, while giving it the comfort of any great old chair. It is aptly called the Louis XV Goes to Sparta Chair

Loyal Homevoyeurs aficionado Arjan took an apartment journey too. The day after I posted about my own, he took up the challenge and captured bits and pieces of his own home. Arjan doesn’t have an iPhone, therefore also doesn’t have the Hipstamatic app so the pictures are crystal clear. Maybe a bit too calculated too as the objects pictured are all high-end design pieces. The purpose was to find beauty in the unusual, the accidental or the overlooked, but the result is striking nonetheless.  The marble table pictures in the forefront of the image with the red Arne Jacobson Egg chair is a  rare Porsgrunn Poul Kjaerholm PK61 table. More about that in a later post!

If you are inspired by Arjan’s home, you might like this book about Arne Jacobson. It’s on sale now for $29,70 in the Homevoyeurs webshop.

Room 606: The Sas House and the Work of Arne Jacobson

Posted in Design, designers and online finds, General living and fun stuff, See how others live, Share your house with us