A single man home for sale

Tom Ford’s award-winning movie A Single Man was aesthetically stunning. I was in awe with the decor, light, set dressing, design; everything. It helped that two of the most beautiful people in the world starred in it. I really loved Julianne Moore’s house, but was also quite partial to Colin Firth’s glass mid Century gem of a home.

Scene from the movie. Image by Hookedonhouses.net

The home, designed by renowned architect John Lautner, was built in 1949. It’s currently on the market for $1,495,000. The house has been recently restored to its original natural redwood and glass beauty. A classic that Frank Gehry and Frank Escher both count among their absolute favorite homes. It boasts so many glass walls it feels transparent at times.

Want to know more about John Lautner? The Homevoyeurs.com webshop sells many books about this influential 20th Century architect. For instance this coffee table book Lautner, 1911-1994: disappearing Space, by Barbara-Ann Campbell-Lange. It’s on sale for $9.99.

Posted in Famous buildings and movie locations, Homes of the rich and famous, Products from the Homevoyeurs.com webshop, Unusual homes

I picked up this story on Hooked on Houses.

Marilyn Monroe would be in her 80’s today. The uber star died at the tender age of 36 nearly 5 decades ago. She was found dead in the bedroom of her modest Brentwood Los Angeles bungalow. The house is still considered a shrine for fans because it was the last house she lived in. The current owners have put it on the market which is big news in Hollywood.

Marilyn in the window in the den of her Brentwood home. Now for sale

The house was previously often sold through the grapevine only so it’s been a while since we were allowed a glimpse inside.

The Spanish Revival home was built in 1929.  It’s not too big, with 4 bedrooms, 3 baths, and about 2,600 square feet, and has a very modest feel to it. This was exactly what appealed to Mrs Monroe when she bought it shortly before she died for $90,000. It looks like from a picture book and oozes charm and comfort.I love it as it reminds me of a lovely little Bed & Breakfast in Palm Springs we once stayed in

The house is currently on the market for $3,595,000. That is quite steep but the area is very exclusive and neighbours are Hollywood stars like Roseanne, Jim Carrey, Ben Affleck & Jennifer Gardner and Cindy Crawford.

Another sitting room. Looks like this could be the window the black and white portrait above was taken in.

The realtors website is very hush-hush about it, but surely gets quite a few extra clicks.

Check the article on Hooked on Houses here

What we ALL want! The homes of production designer Jon Hutman

Production designer Jon Hutman is the master mind behind some of the most amazing homes in contemporary cinema. Did you like Helen Hunt’s pad in What Women Want? Or were you, and you should be, jealous of Cameron Diaz’s quintessential L.A home in The Holiday? Or how about Diane Keaton’s Long Island hideaway in Something’s Gotta Give? That house had home-owner across the globe going out on rampant hunts for the same brass handles, the same stools, pots, jars and everything. And most recently, Meryl Streep’s Santa Barbara’s cottage in It’s Complicated. All these were the work of Mr Hutman. In most cases, set decorator Beth Rubino assisted him.

Set design for 'It's Complicated' 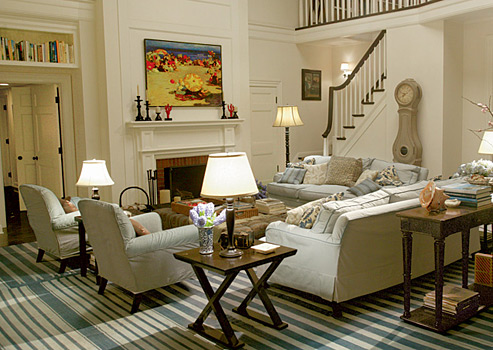 Set design for 'Something's gotta give'

Set design for 'The Holiday' 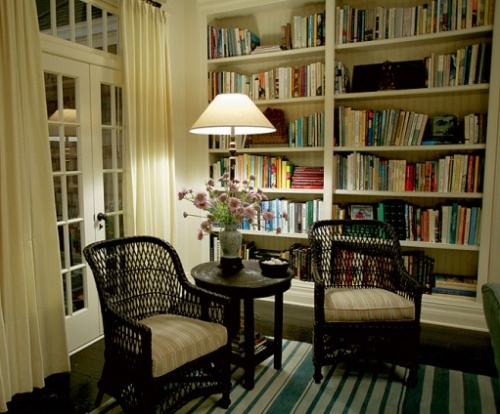 Set design for 'Something's gotta give'

Jon Hutman is known for his casual typical American designs. They look as if they grew organically and hardly any planning went into them.

To get inspired, check out some of the books about American interiors in the Homevoyeurs webshop. 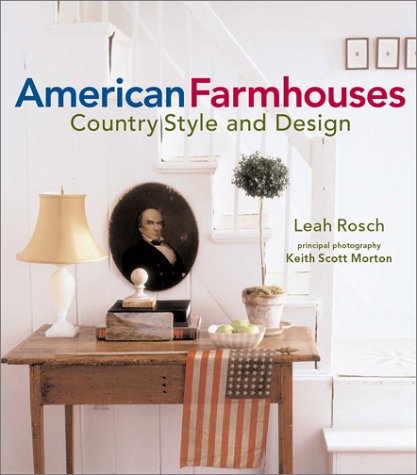 About the Author
Leah Rosch, formerly the executive editor of American Homestyle & Gardening magazine, has written for The New York Times as well as This Old House and Metropolitan Home magazines. Keith Scott Morton, the principal photographer for Country Living magazine, has been a leading photographer of country homes and interiors for fifteen years.

Posted in Famous buildings and movie locations, Products from the Homevoyeurs.com webshop

Yes my loyal fans; it’s time for yet another pop culture moment. This time the theme is homes with columns. I guess they call it colonial.

I will drop a hint or two along the way, and as always, the winner gets my ever lasting respect! The name of the movie or TV show suffices. But, extra brownie points for those naming at least one character.

The first house is a true classic. The columns date all the way back to 1972! The lovely lass living here in a 1995 movie was supposedly inspired on Jane Austen’s Emma. I thinks she was just a bit naive yet meant well.

The next house is supposedly located in a posh area of Los Angeles. Not Beverly Hills, but the other one. The lead character moved here after his mum was tired with his chillin’ out maxin’ relaxin’ all cool and shootin’ some b-ball outside of the school. She got scared after he got in one little fight. Oh well, he lived happily ever after.

Not Beverly Hills but that other posh LA hood

Then, in true colonial spirit, a proper plantation house in the deep and sweltering South. That’s all the hints you’re getting for this one by the way.

Then, a movie that is responsible for so many quotes it might be one of the most important movies of all time. The guy responsible was the motor behind pretty much all 80’s box office toppers. This particular movie was featured in another one of my quizes, yet that time it was a different house. The hint? How about this quote:

“In 1930, the Republican-controlled House of Representatives, in an effort to alleviate the effects of the… Anyone? Anyone?… the Great Depression, passed the… Anyone? Anyone? The tariff bill? The Hawley-Smoot Tariff Act? Which, anyone? Raised or lowered?… raised tariffs, in an effort to collect more revenue for the federal government. Did it work? Anyone? Anyone know the effects? It did not work, and the United States sank deeper into the Great Depression. Today we have a similar debate over this. Anyone know what this is? Class? Anyone? Anyone? Anyone seen this before? The Laffer Curve. Anyone know what this says? It says that at this point on the revenue curve, you will get exactly the same amount of revenue as at this point. This is very controversial. Does anyone know what Vice President Bush called this in 1980? Anyone? Something-d-o-o economics. “Voodoo” economics.” 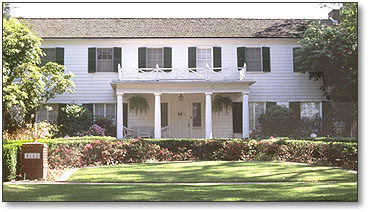 "Um, he's sick. My best friend's sister's boyfriend's brother's girlfriend heard from this guy who knows this kid who's going with the girl who saw <......> pass out at 31 Flavors last night. I guess it's pretty serious"

And finally, another gem of a colonial porch on a house. Don’t let the Chinese looking kid on the porch fool you. He’s a tourist. In the town this show was set in, there was no room for foreigners. Bar the one French hotel employee, this town was all American pure bred all the way…. Or was it… come to think of it. There was a Chinese or Korean friend of one of the girls living in this house. And that friend had a mother who wouldn’t let her kid do anything.  And I think the French guy might have been gay…Throw in a black kid and it’s politically correct!

It was funny though. Except for the fact that the dialogues were too ridiculous to be true. 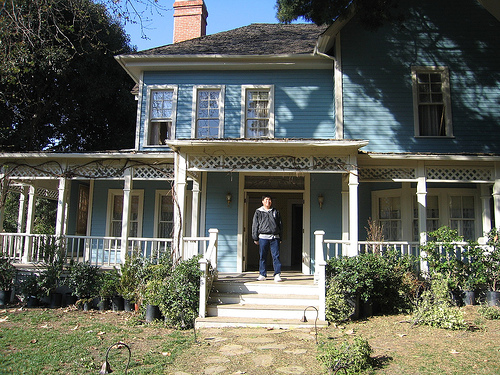 That’s it for now. Another quiz coming up, but I need to find a few more homes to fit in with the ‘Teenage angst’ theme I am hoping to go for.

In general, any suggestions, always welcome!

Posted in Famous buildings and movie locations, Quizes and trivia