She might not be a household name yet, but she must be doing something right to afford a pied-a-terre in Whitley Heights. This small enclave nestled between the Hollywood Hills was once home to Charlie Chaplin. Ginnifer recently opened her doors to a team of Elle Magazine to show her home. The house is quite modest, and the views are nothing to boast about, but it sure looks very charming and inviting. I have always been a big fan of Hollywood Regency style. In this case it might be a bit too girly for my liking, but nonetheless; chapeau! Design firm Nickey Kehoe was responsible for the decorating.

Ginnifer Goodwin’s home in Elle Magazine. I love the rug in the kitchen!

Ginnifer Goodwin’s living room. I like the ottoman and Picasso-esque painting. I would have added a bit more contrast on the fire-place as the shape sort of asks for it.

Have a yabbadabbadoo time in this house in Malibu!

Had to post this. It’s been done before for sure, or at least contemplated, and I still think the architects of Maison Bulles in Théoule-sur-Mer France were inspired by the Flinstones, or possibly the Jetsons. But never have I seen a house so in keep with the theme as this one. It’s in Malibu, off course it is. TV host Dick Clark  decided to put it on the market shortly before his death in April this year. My guess is that the asking price of ‘only’ $3,500,000 is because it is not everybody’s taste. Cause if it is, and you’re rich, than the house with its magical ocean views is yours for a price well under what the neighbours paid!

Posted in Design, designers and online finds, Homes of the rich and famous, Unusual homes

Gotta love her style in both fashion and interior design. Brainy Claire Danes has put her 3500 plus square feet loft on the market for a little under $6.000.000. I love the boho chic design but am not sure I like the kitchen. And I guess I find the floor plan a bit too much sitting/living and too little spare rooms. And for this kind of money I’d expect a balcony at least!

Harrison Ford puts his Hollywood manse on the market

Hollywood buff Harrison Ford and his much younger (and thinner) wife Calista Flockhart, are selling their Hollywood home. The Country Colonial, designed by Beverly Hills favourite Gerard Colcord, was bought by Mr Ford and his ex-wife in 1983. I guess La Flockhart wanted to get rid of all the bad ex-wife vibes that lingered in the place, but I bet Mr Ford is sadly saying his goodbyes as the place is wonderful.

The house has a lot of charm and most likely he designed and fitted some of the many clever shelves and units. After all, before he went into acting, Harrison Ford was a carpenter and cabinet-maker. It was built in the 1950’s but looks as if it is much older and oozes character! And the views of Los Angeles are breath-taking. With al that smog maybe literally…. 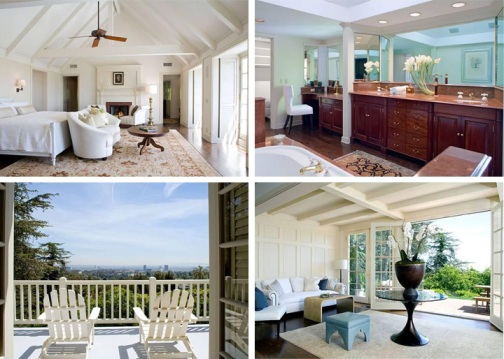 I have always been a big fan of real estate and maps and everything that would show me how other people live. I would read real estate brochures, developers plans, atlasses etcetera. The internet brought me floorpans, real estate websites from all over the world, maps and everything, a few mouse clicks away.  I was the happiest camper imaginable. But it got even better! Then there was Google Maps…. the best invention since sliced bread!  Zoom in, zoom out, see how close or how far one lives to a highway or motorway. Is there public transport nearby? Do they have nice views? What’s the garden like? Do they have a pool? Are they close to the outdoors? What type of building is next door?

But the real icing on the Google Maps cake is that I can unleash the stalker in me….With Google maps one can see anyone’s house from above.. that’s right, anyone’s, so that includes celebrities. Yes my friends, Google Maps can let you stalk people from the privacy of your own home. Bless the world wide web, can I hear an AMEN!

Funny thing that… the houses next to hers look tiny yet those must be massive too.

John Travolta really has an airstrip right in his back yard. It’s not an urban myth.

He lives in an enclosed community with it’s private airstrip as seen on the left of the picture. The town is called Jumbolair…. That just doesn’t have a romantic ring to it….

Lesser names seem to do well too. Lori Loughlin has raked in enough big bucks between Full House and 90210 to afford this little number in the Hollywood Hills.

It might look smallish compared to the ones before, but if you look inside you’ll see that is is actually a fairly decent house for an ex Full House star. Jody Sweetin, who annoyed the world as Stephanie Tanner, reportedly lives here

To show you that I am aware it is not very nice to blatantly reveal such privacy sensitive information I would like to share with you where I myself live.

I do hope you will all respect my privacy. But if you insist to stalk. I put out the trash on Monday and Friday mornings.

Posted in See how others live

This is another gem of a site…Real Estalker.

Check out the houses that the famous and fabulous are trying to flip! They swap houses like they do boyfriends and girlfriends. Seal and Heidi sell to Nick Lachey, Hillary Swank  & Chad Lowe and Ellen & Portia  have amazing taste, Matthew McConnaughey used to live pretty modest up to now….. It’s all there and your fabulous host Your Mamma shares ALL! 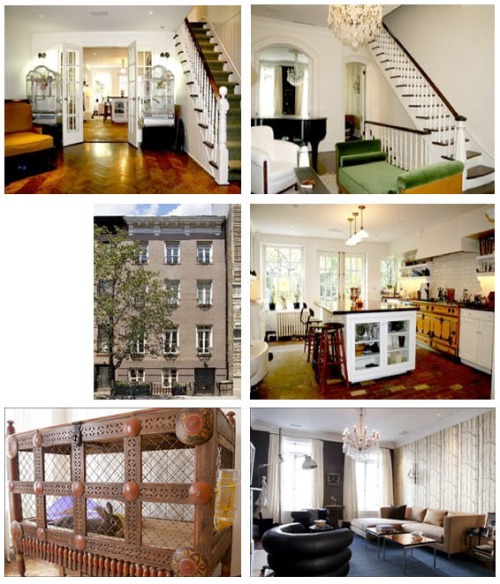